It's a totally different way of life up in northwest Vietnam 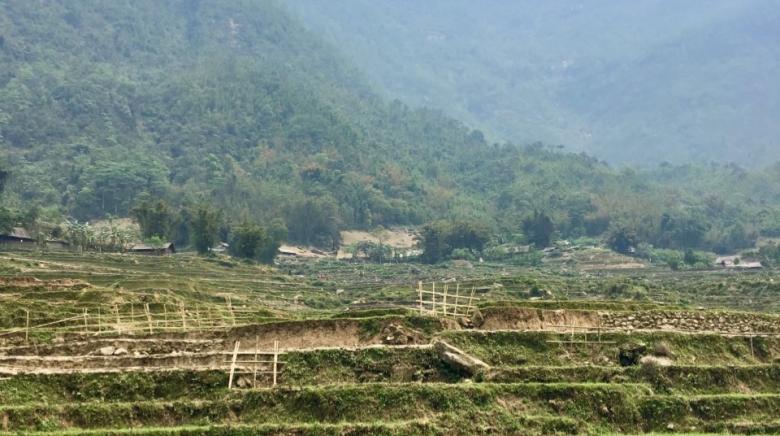 I had been in Vietnam only five days before I took a trip to Sapa. The noise, commotion and pollution of Hanoi was exciting but it rather quickly lost its novelty. I took a six-hour night bus to Sapa which arrived at 3AM. The driver decided to wake all of us up by announcing "SAPA!" before telling us that we could sleep on the stationary bus until 7AM.

Sapa is a town in the northwest of Vietnam and the capital of the Sapa district. It is about 240 miles from Hanoi and only a 90-minute drive from the Chinese border. About one hundred years ago, Sapa was full of French colonialists living in private villas, but after the Second World War nearly all of the town's colonial buildings were destroyed. The Sapa valley boasts a number of huge hills and mountains, including Fan Si Pan, Vietnam's highest peak (3143m).

After I had hopped off the bus, I watched as everyone else was collected by their various tour guides and whisked away while I was left on my own. I waited and waited but my guide didn't come. I didn't even know who I was looking for. Locals flocked around me, offering trinkets, food, places to stay. You can say 'no thank you' but it's pointless - you just have to wait until they lose interest. Finally, after 30 minutes of feeling stranded, a small woman in bright pink clothes came marching around the corner holding a big sign with 'CHARLIE' on it, I was so relieved.

My tour group was very international: our Vietnamese guide, Jane, would be leading a group of English, Northern Irish and German people through the valley, plus a Spaniard and an Egyptian. We were particularly lucky with the weather. Most people's Sapa stories usually involve raincoats and mist, but we had sun and blue skies for both days. However, there's certainly a big trade off: if you see Sapa in the rain, you also see the hills and the rice paddies turn a brilliant shade of lush green. As we walked through Sapa town to reach the hills beyond, we could see that the place was expanding rapidly. It was busy with tourist buses, old hotels, new hotels under construction, bars, cars - our exit into the countryside was a sweet escape.

Even only fifteen minutes into our trek, the views were breathtaking. After making a steep ascent past green tea plantations, we looked out across a space so vast that it was difficult to appreciate the detail. One river wound its way through the valley but, at this distance, the water looked surreal in the sun, like quicksilver. Unsurprisingly, my iPhone camera failed to capture the scale of what I was seeing.

Our guide, Jane, was one of the most fascinating people I have ever met. Amazingly, she could speak English fluently but was unable to read or write. She and her fellow tribespeople had learnt English in Sapa town from the tourists, hence her pronunciation of 'bottle of water' making her sound like she was from the East End of London. Even in this sweltering heat, Jane would wear thick black wraps round her shins and head. In contrast, I wore shorts and a t-shirt and felt like even this was far too much.

The Sapa valley houses three different tribes: Black Hmong (Jane's tribe), Zao and Tay. Unbelievably, I learnt that each of these tribes speak their own separate languages, entirely different from Vietnamese and from each other, despite some villages being only a few miles apart. Jane told me that her people have lived in this valley since around the 1500s. Three different (and obscure) religions are observed in this valley, and the three tribes coexist peacefully.

When we paused for lunch, we were quickly surrounded by young girls - maybe around seven or eight years old - selling beautiful woven bracelets for 5,000 VND (about twenty pence) each. The girls did not look happy, and they never really made eye contact with you. They were all speaking in their own language, saying the same words over and over again in timid voices. It was quite unnerving and very unlike the cheerful style typical of Vietnamese market sellers. I bought one bracelet and it was on my wrist for over a month before it vanished in the Cambodian sea. However, I later learnt that tourists are discouraged from buying things from these girls. They should be at school instead of selling bracelets, and any purchase only perpetuates the problem.

I did in fact see a lot of children walking to school the next morning, and it was so far removed from any kind of 'school run' you see in the West. Small groups of children in dusty uniforms would plod off to school, surrounded by the most striking scenery but barely interested in it. For them, it was just normal. They would look at the ground or at each other, not at the valley below. The children would walk through rice terraces, past water buffalo, wave to local farmers and, most interestingly, barely pay us any attention whatsoever.

The water buffalo were another interesting bunch of locals. As we came to a clearing, we found three of these big black creatures wallowing in a pond, swinging their tails without a care in the world. They were extremely docile. Jane told us that they were not killed for meat but, rather, used to fertilise fields by being made to walk across newly-planted seeds. Their great weight would cause their hooves to split the seeds.

The overnight stay was brilliant fun. Our host, a jolly, middle-aged woman called Mau, took great pleasure in making us drink her locally-brewed rice wine, a foul-smelling concoction that she called 'happy water'. We must have had at least ten shots of the stuff, wincing after every gulp and pretending it was fine while Mau laughed and poured us some more. There wasn't even a drinking 'game' of sorts - it was just to drink whenever Mau said so. The family prepared a delicious meal, I especially loved the spring rolls and the grilled buffalo (yes, the animal that they don't kill).

My return to Sapa town immersed me again in the din of traffic and hotel construction. It made me appreciate even more the tranquility of Sapa valley. I had just stayed in a tiny village called Hau Thao, which was no more than four houses and a waterfall, and I was heading back to the cacophonous Hanoi where the Old Town rings with metalworks. Vietnam's urban dwellers and the Black Hmong tribe are not separated only by a language; there is almost nothing similar about their lives. Staying with locals is undoubtedly one of the best things a backpacker can do, and no local homestay of mine was as eyeopening as my time with the Black Hmong. 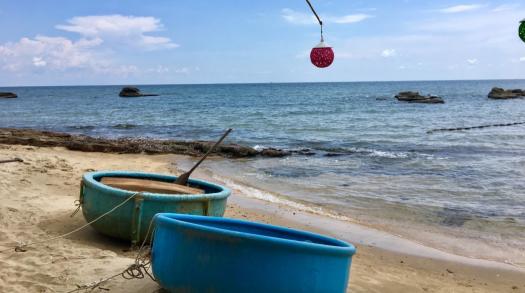